The 2020 election is weeks away and Biden is showing how hearty and hale he is as he avoids Hillary’s 2016 election mistakes. Joe Biden is clearly the leader for the ages and the presidential election polls show that he is nearing a super, mega victory. But what is it the Harris-Harris administration will do while Joe washes his Firebird in the White House parking lot? 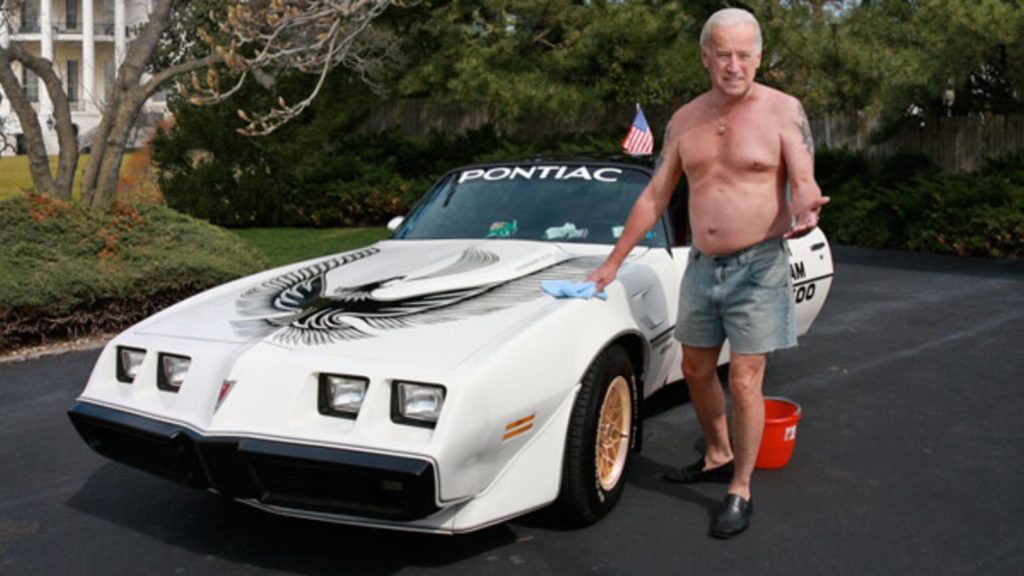 First of all, President Kamala will inform of us of his plans to pack the Supreme Court.  That’s obvious, duh.

Second, you know, it’s really not that apparent what else they’ll do.  The whole policies that must not be named nature of the Biden 2020 campaign sort of leaves us with the idea that President Harris will tear down a couple hundred buildings to rebuild them to be slightly more efficient.  Ok, that’s…a waste of time and money. I guess there’s a building contractor that really helped out with the campaign.

Third, the beatings will continue until morale improves. The Biden Riots, sprinkled with BLM and fafa militants will continue. They’re in charge. It’s just a matter of how accountable the people who dare to fight back will be.  The DA’s who protect the Biden Looters also punish the citizenry. So, enjoy your commute as you deal with lunatics lying in the streets and attacking your car.  And then the police arrest you if you dare to so much as honk your horn.  Meanwhile, at the first debate, Biden said akkshually these are rightwingers and hinted that he liked the police, unlike Trump.  That’s incoherent but you got to suppose that’s good enough for the news anchors.

In reality, the Biden 2020 campaign never emerged past a rebuild of Hillary’s failed 2016 election. The left is still so hate filled and bat shit insane that they’re still invested in Hillary’s main strategy, hysterical overreaction to things they imagined trump said.

If you paid attention to the first two debates, you have a preview of the next three weeks, should there be any other debates.  Furthermore, the sad lunatic leftists who are actually going to vote for Biden will be repeating these various anti-thoughts via the mental illness chambers on the Internet. Let’s go through these idiocies.

There’s always Trump’s Taxes. But the geniuses in the DNC haven’t come out with an idea of what Trump should’ve paid. Also, Biden went off script in the debate and said he’d end tax loopholes that allow for deductions…like losses.  It’s a big slip and one the donor class should be told about.

Apparently, Trump knew about Covid in mid-January and waited until the end of January before issuing a travel ban and starting various CDC response groups.

While dealing with Covid, the left has reacted hysterically to every move and statement by trump, real or imagined.  These include Anti-Hydroxychloroquine hysteria, imagining Trump said to drink bleach, lightbulbs injected into the lungs, and that Trump said Covid was a hoax.  The last line of attack is incoherently inconsistent that “Trump knew” but whatevers. The left has such an imbalanced mind that they think that Trump was in his garage mixing up cures with Windex.

Did you know that Biden/Obama should be credited with Trump’s economy?  The idea being that after taking over 8 years to recover from the 2008 economic crisis, that the 2017 boom was the fruits of their labor.  This is insane and ignore that even if you bought this, it took 9 years to happen.  Also, Trump cut Obama’s regulations and tax schemes. It’s kind of hard to take credit for something that was torn down and replaced.

In a textbook example of Liberal Projection, Biden insulted Trump for going into the White House Bunker.  Now, consider that Biden’s called a lid nearly every other day this campaign season, that he spent most of Covid in his basement.  Did you consider that?  Now consider that when Trump listens to the Secret Service advice, he’s doing so for the safety of the secret service but also the people they may have to, ah, engage.  This is particularly silly.

What other sad insults have you heard?