Biden got the DNC’s 2020 nomination by default.  He was worse than 4th place in smaller states that paid attention to him but he zoomed ahead in the larger states.  There was some improbable series of events where the DNC conspired yet again to derail Bernie and to grasp for a moderate.  All the scary young liberals that were running for the nomination ran out of money or petered out and Biden was left standing…allegedly a moderate and allegedly a nice, safe choice.

But Biden is something else.  He’s obviously losing it and the fake news is obviously trying to Trump Too on this point.  Look at this sad mainstream media headline…

Bob Woodward said President Trump’s false claim at a town hall this week that he never sought to downplay the threat of the coronavirus shows Trump has “lost his way, not just as president but as a human being trying to assess what’s real and what’s unreal.”

Source: Woodward says Trump has ‘lost his way, not just as a president but as a human being’ – AOL News

Woodward might have also added, per his habit, that these and all things were worse that Watergate.  Who knows…who cares?

Sure, everyone either lied or discounted COVID, lied about masks, and the left is still lying about their complicity in maligning and knocking hydroxycholorquine and other Wuhan Flu treatments just because Trump touted them.

Or just ignoring the actual costs of bad policies at the state level: 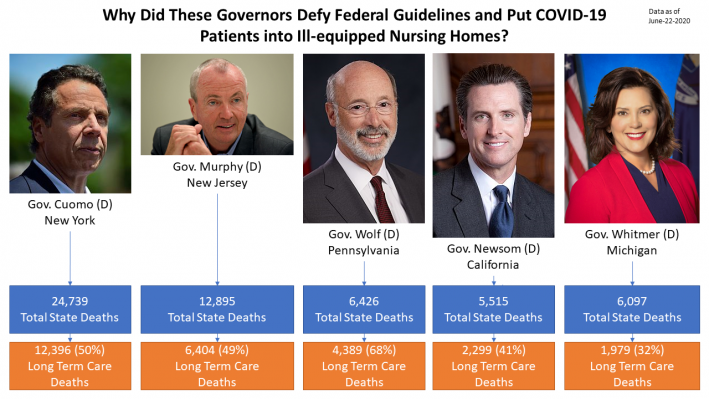 But these are the lies your wine moms and non-issue voters get fed everyday.  They shield Biden from bad press too.

Biden needs this shield because when you get down to it, he’s a nasty weirdo.  We’ll ignore his creepiness for now, let’s just enjoy a gif of him “debating” Paul Ryan in 2012.

He calmed down a bit in the 2020 primaries but you get an idea of his fallback positions…America bad, immigrants beyond good because “hey fat, you were an immigrant too, huhhhh?”

you know, he…or his handlers…think he’s going full Bullworth with this nonsense. As if 100+ days of #BidenRiots hasn’t made us aware that the left fucking hates us all.

We get it, #BasementBiden, America is not legitimate, we don’t deserve borders or history. I disagree. pic.twitter.com/R5O8gsdeKm

So, aside from the immorality of America, the despicable nature of our borders because the founders arrived here on boats, what separates him from other America-hating liberals that could’ve been on the ticket to make people think Biden is moderate?  The only thing that suggests Biden is not as extreme as the rest of the nuts running in his party is his flip-flop on fracking.  That is, while he whole heartedly supports the green new deal , he’s just not into the actual insane policy details it contains.  So, keep on fracking and using airplanes, America.

So what makes Biden nasty?

His late August campaign banked heavily on the idea that Trump said people were fine people.  Basically, a common blood libel among the left

This attack is completely in bounds until Biden withdraws the Fine People Hoax. Why should Trump hold back? https://t.co/7X8JAGR9H6

Scott Adams thinks it’s one of the lowest lies told in politics.  But I don’t know, there’s a lot of lies out there about Trump.  Fake Trump is quite the bastard, don’t you know?  Always bullying people and grabby grabby.  But it’s there.  Biden repeating this lie and adding fuel to his Biden Rioters’ hate.  These were the days before Biden had to pretend to care about the Biden Riots … before the polling showed that anyone who got their heads beaten in by a blm foot soldier or their place of business burned down tended to support trump more so than before being beaten or burned.  And,brother, there was a lot of burnin… 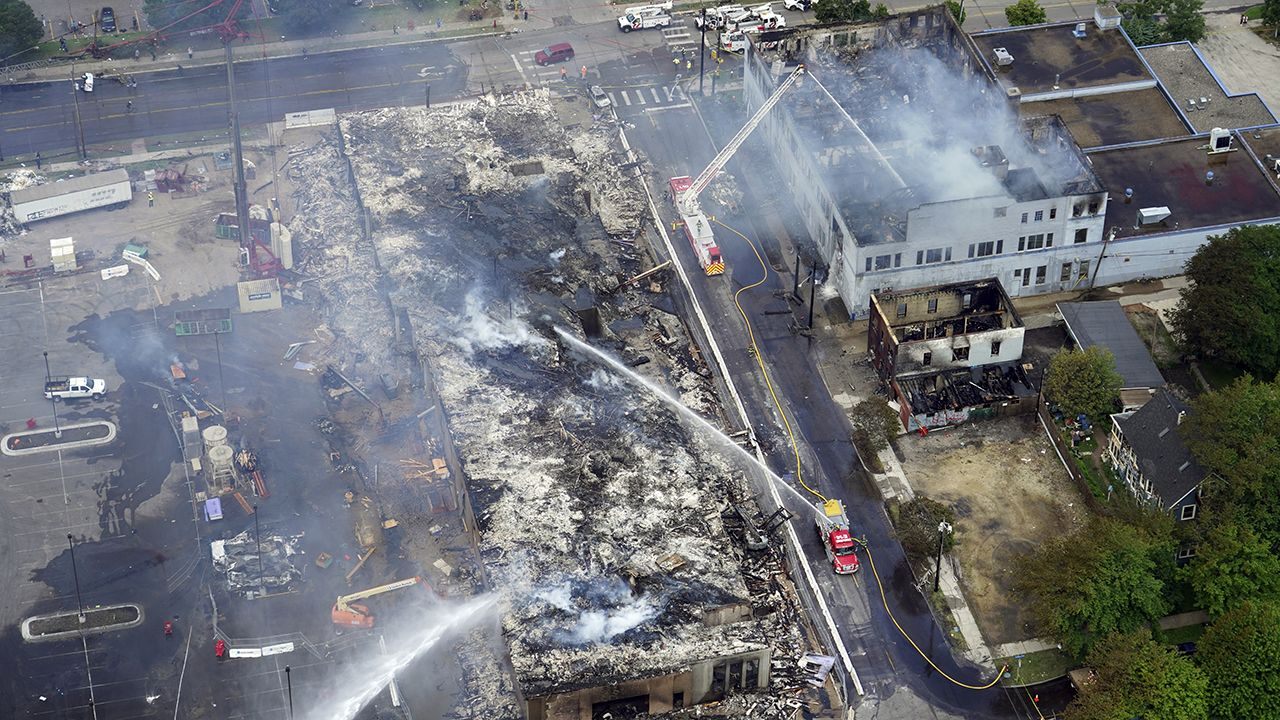 The peaceful riots with slight burning that Biden and Harris supported turned out to be quite burny and quite expensive.

Source: George Floyd Riots Were Most Destructive in U.S. History

So aside from crazy liberal theories about how America doesn’t deserve to exist and how Trump is somehow this Fake Trump guy who pats white S’s on the back, what else about Biden makes him nasty.

Yeah, Biden goes nuts when questioned by plebes.  He has a history of freaking out.  Even if Biden said “listen, facts“  as he claims here, he still told the guy he was dumb and challenged him to an IQ push-up contest.

Democratic presidential candidate Joe Biden lashed out at a man on Thursday during an Iowa town hall, challenging him to an IQ test and calling him a liar. But many observers think the former vice president may have also mocked the man’s weight.

I’m a lot smarter than you…

Bragging about his high IQ is something Biden is wont to do…and it’s pretty sad because Biden continually lies about his academic prowess.

Right…Denell Duck pats self on back in typical braindead liberal manner about “twump lies” and forgets Neil Kinnock.

Biden lies about going to law school on a scholarship and being at top of his class. LIES!https://t.co/DyDxdriB6g

And then Biden gets chesty with folks too.  When another guy challenged Biden on his gun grabbing grabbiness, Biden also called him full of shit and furthermore challenged him to a push-up contest. But Biden also wants to let you know that he’s a brawler.

The young bearded voter very calmly tells Biden that his physical intimidation is inappropriate, at which point Biden challenges to take him outside.

Source: Joe Biden Should Stop Threatening Voters Who Could Beat Him Up

Also, Biden wants to beat up Trump because standards and norms and our discourse and such.

“They asked me would I like to debate this gentleman, and I said no. I said, ‘If we were in high school, I’d take him behind the gym and beat the hell out of him,'” said Biden, getting laughter and applause from the crowd at the University of Miami.

Source: Joe Biden says he would ‘beat the hell’ out of Trump if in high school – CNNPolitics

It’s pretty rich, the whole charade of Biden being upset at Trump’s pussy talk.  Do we need to go over creepy biden again?  Because we can, but we’re not doing that again.  But along the lines of female honor and chastity that Biden doth defends with his gentle gallantry, Biden doth forgets his habit of swimming naked in front of the ladies.

Joe Biden stands second behind Hillary Clinton in the ranks for worst assignment to protect – from his penchant for rapidly changing schedules to his, well, “bizarre” swimming habits. “Mr. Biden’s lack of consideration was even more stunning when it came to female agents, who were offended that the vice president bizarrely swam naked in front of them often daily at his pools at the vice president’s residence in Washington and at his home in Delaware,” Kessler wrote.

And then there’s the whole bitching camaro chick magnet: 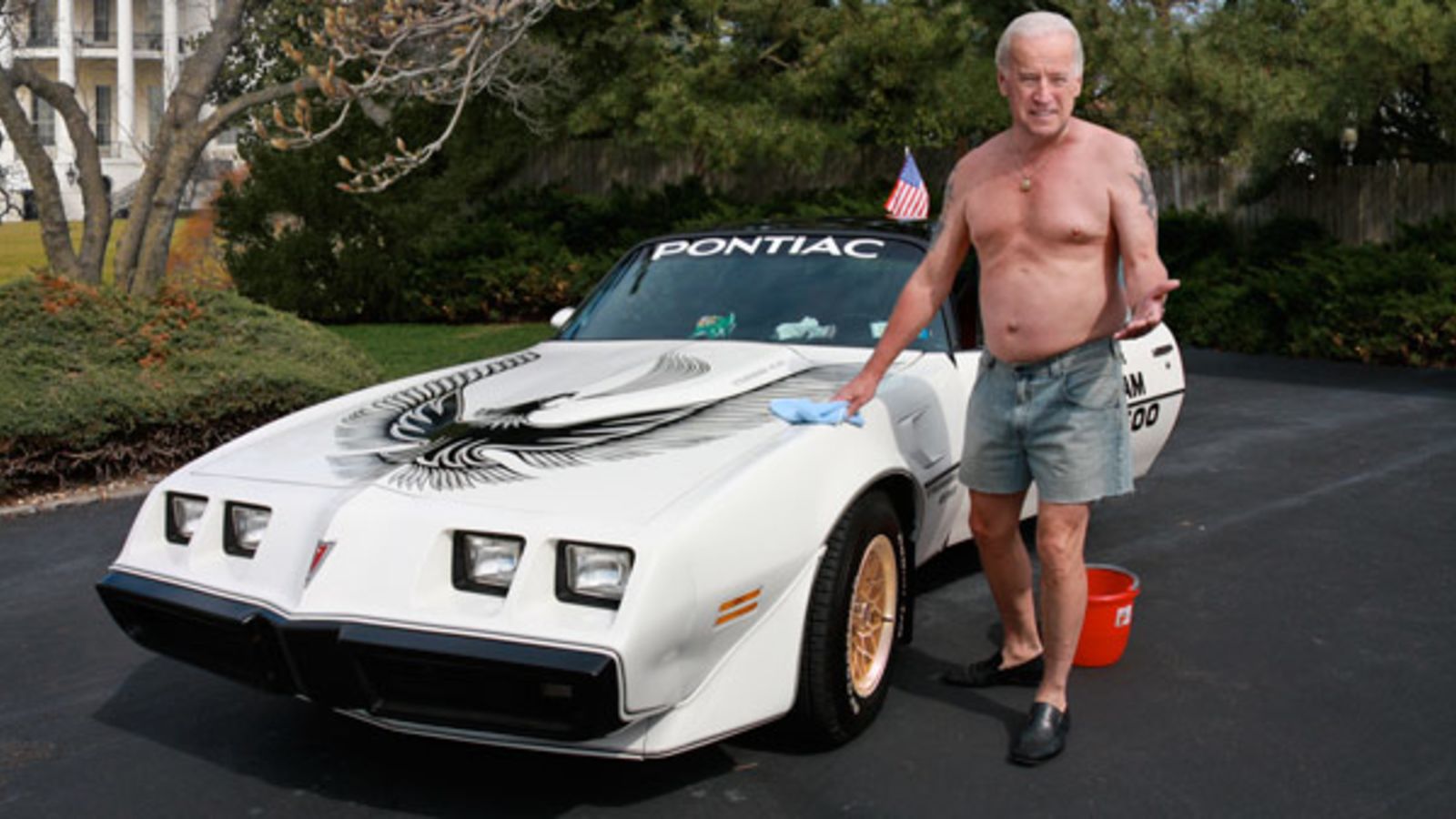 Yeah, Biden really..come on.  He lives in his fantasy world where the Evil Fake Trump lives too.  But in his world, he’s the ultimate white knight, defending the fair ladies while wooing a sweet token of affection from said maidens.  Ugh.  Why is this nasty?  The tilting at windmills is hedged by braggadocio, lies, and threats of violence.

And Corn Pop too…

What is going on? I’m really confused and I feel like I’m losing my mind pic.twitter.com/S0B4xMyJCW

The things the crazy left thinks that Fake Trump does.  In reality, instead of challenging the lefty weirdos who constantly harass Trump with bullshit, he’s a bit smoother. He’ll dress down a reporter or straight up freeze them out.  Clearly better than challenging folks to step outside or lying about your law school scholarships.

The reporter is in a world of complete silliness.  The batshit insane left may think this was a stunning blow but it’s childish nonsense.  And Real Trump just ignores it because, obviously the reporter in question is about one soy latte below beta status, but also what do you even say to someone who’s mind is so sloppy.

Biden however can’t even handle policy questions.  He was asked about his son and Ukraine…he was asked about guns. These are concerns.  His minion was asked about Biden’s teleprompter use and he got testy too.  The fish rots from the head, as they say.  Let’s just ignore that this means that most media outlets are OK with pre-scripted Q&A with Biden.

This bizarre behavior goes on and on.  Here he pokes a guy who asks him a question about the environment.

When Fallon spoke to Biden, Fallon explained that he would support Biden if he ends up as the Democratic nominee, but expressed concern about the candidate’s policies on climate change and specifically oil pipelines. In a response Fallon described as “shocking,” Biden told him to “go vote for someone else,” implying that he supports Sen. Bernie Sanders, I-Vt. At one point, Biden grabbed Fallon by his jacket lapels and said: “I’m running in the primary.” Biden also poked Fallon in the chest during their con

Source: Biden Grabs Iowa Voter By Jacket, Tells Him To Vote For ‘Someone Else’

Here’s an outburst that should’ve been a lot smoother and pre-planned…instead…Biden curses and does his “come on, man!” routine.

“No, I haven’t taken a test. Why the hell would I take a test? Come on, man,” Biden told CBS News correspondent Errol Barnett in an interview airing in full on Thursday at the convention of the National Association of Black Journalists and National Association of Hispanic Journalists. “That’s like saying you, before you got in this program, you’re taking a test whether you’re taking cocaine or not. What do you think, huh? Are you a junkie?”

Source: Biden says he hasn’t taken a cognitive test: “Why the hell would I take a test?” – CBS News

We can’t forget Biden’s, ah, uh, ownership issues telling black people they “ain’t” black if they don’t vote for him.

-Authored the Crime Bill of 94
-Voted against forcing white kids to bus with black kids.
-Was so pro-segregation, he stated that forced integration was “the most racist concept you can come up with”

But if you’re educated and know all of this, #YouAintBlack

Something about chains…totally not a dogwhistle.

Biden getting testy with people who ask him questions is such a hot topic, you have to wade through the more famous examples to get to little gems like this.  In this clip, someone finally asks Dr Science Loving Democrat about how many genders there are.  Biden helpfully says “three or more” and then shoving his female questioner.

But from the days of him lying about his IQ…as an actual answer to someone taunting him to today’s diminished Biden living in his fairy tale land where he’s the ultimate white knight and arbiter of manners (while his voters burn loot and murder) … Biden has been one nasty piece of work.