It’s early on election day so there’s nothing to do but vote. If you are a Trump supporter who is worried about the polls showing that Biden is up double digits nationally…ask yourself, does it feel like he’s up double digits?  Trump’s red wall hasn’t even been scratched. Instead sleepy joe and Kamala, who is a cop, are trying to ensure their rust belt blue wall doesn’t fall. Why are we arguing about Minnesota, a state that’s not gone for the GOP since 1972?  The reason why the  polls are wrong have always been that they’re sampling has over sampled democrats.  The polls showing double digit Biden leads usually have a split like this D48-R28-I23.  And then there’s some special sauce to make up the remainder.  The polls are therefore crap. And we’ve moved beyond them to actually consider real-world voting. Real world voting shows that the democrats’ strategy of running “Generic Democrat, Male” has failed. Biden is not Obama, or even Hillary, or even John Kerry.  He’s called too many lids and slurred too many words.

By the way, like the mask?  Order here! Don’t be a corporate drone, don’t vote the way the fake news wants you to.  Make fun of them instead.

The best you can say is that maybe Trump loses blue states by a huge margin and then still wins his electoral college and popular vote victory in the non blue states?  Just like any other election?  Anyway, using a double digit Democrat oversample leads to very bad polling results. First, as always, the GOP actually has the voter registration advantage this time around.  The GOP also has high 90th percentile voter enthusiasm.  That alone usually means reelection. Nonetheless, the bad polling leads to bad weird outcomes.  One weird outcome is the appearance of the “Suburban Women” anomaly.  Don’t you know? Suburban Women hate Trump.  Why his tweets not only caused The Vid but they also make Suburban Women very sad.

Let’s think about this.  There’s a gender gap that exists between the parties.  More women are democrat and more women are therefore being polled to get a D48 sample.  You see where this is going.  To get a democrat voter oversample to support their corrupt polling to get their desired polling outcomes, they need more women…more suburban democrat women. This subset becomes its own anomalous super group.  The Karen hate of Trump is real, it’s been real, it’s nothing new.  But skewed polls make it seem like they’re spreading everywhere.  Are they? 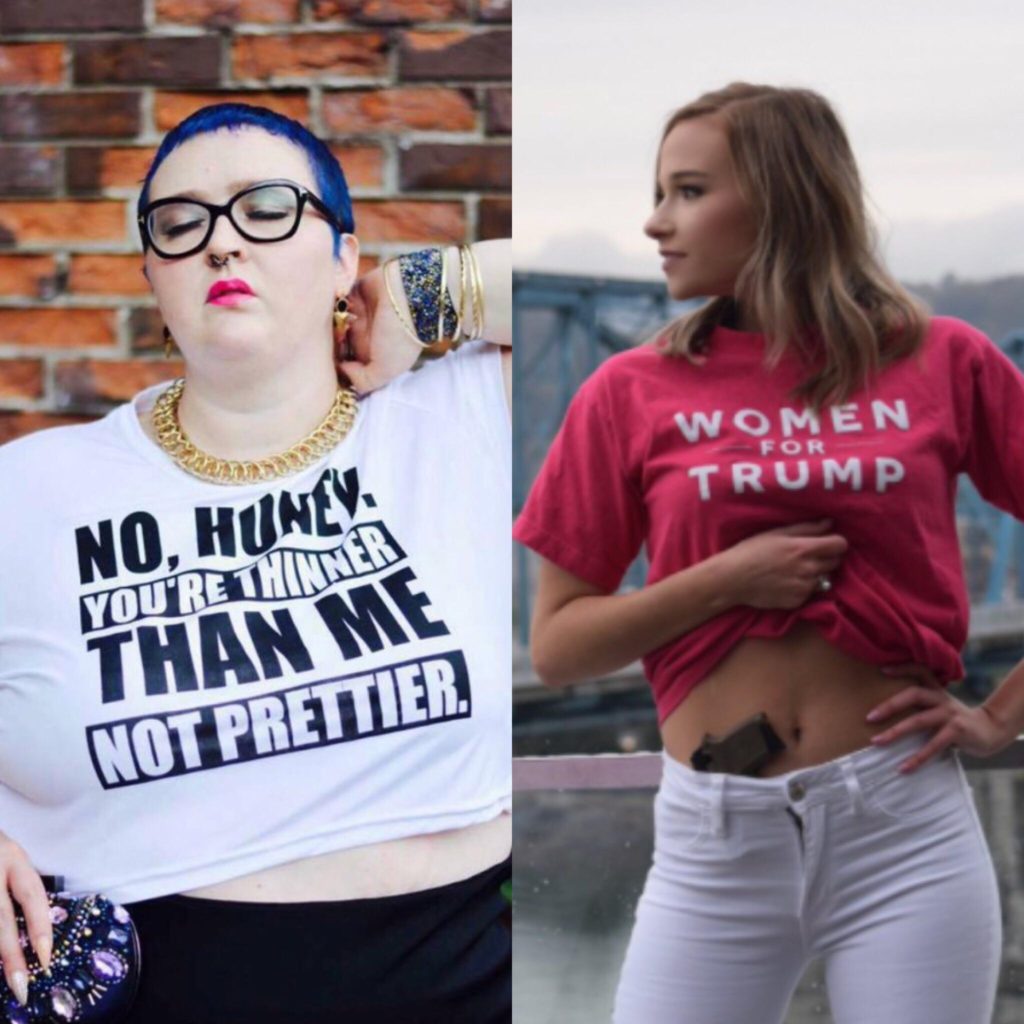 you’re right, Flukie.  I just wanted a reason to use that image.  Because it is funny.

If we took these voting splits and adjusted them to fit reality, we’d see the math play out a different way, assuming a slight GOP voter registration advantage, we get something more like polls that should have a base split of R30-D28-I42.  All of the sudden, your suburban women start seeming a little more Trump friendly. I don’t know about this whole urban/suburban/rural split…I honestly think it’s a function of localized city fraud.  If you stuff the ballots, the cities look more blue.  Anyway, with high GOP voter enthusiasm and tepid DNC enthusiasm, you should start seeing polls that show R52, D 48…and wouldn’t you know…that’s sort of what we see.

…Crooked Hillary Clinton in 2016. They are called SUPPRESSION POLLS, and are put out to dampen enthusiasm. Despite 3 ½ years of phony Witch Hunts, we are winning, and will close it out on November 3rd! pic.twitter.com/4IhuLUZjsv

Trump wanted to know “what’s up with these crazy polls…” His pollster said, “bruh, they cut you out.”

A R25 poll when at the very least it should be R33.  Ridiculous.  And the flip side happens, they can make up the difference with polling more Donks.  Anyway, this stuff has carried forward to today.