The Democrat strategy for elections has always been count until we’re ahead and then stop.  Usually, this strategy has worked on smaller races and on smaller men.  But Donald Trump isn’t some jabroni, he’s the boss. And simply having a few hundred thousand fraudulent votes counted isn’t going to stop the election.  The problem for Trump has always been that he’s surrounded by sad little republican losers who liked to lose. 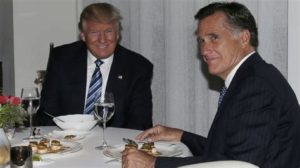 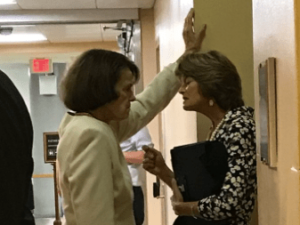 No, that’s not how you do it in New York City, you bischero, capiche?

Anyway, the GOP has had its fill of hateful, batshit insane, cheating liberals.  The surrender caucus has called it a day.

I’ve joined 38 of my colleagues in writing a letter to AG Bill Barr requesting he investigate claims of voter fraud and make sure only all legal votes are counted in this election.

The American people need to have confidence that the outcome of this election is legitimate!! pic.twitter.com/lXHYCU7FFC

Steve Scalise ain’t having it…

The election isn’t over until all legal votes are counted and certified. There are still serious legal challenges that have been made, and until that process is resolved, the election is not final.

The American people deserve a fair and transparent process.

The Path was the DNC’s way of selective cheating to get Biden to just barely 270EV’s.  Now the GOP has The Way.  Yes, this is the way…

The ultimate goal is to simply win.  The next goal would be to get these states decertified.  Congress can then decide the next president by state delegation. Either way, Donnie Two Scoops is going to be Donnie Two terms by the time this is done.