Alright, so here’s the deal.  A lot of conservatives are upset that Biden didn’t poop himself or wander off the stage looking for his mommy during the first debate.  As I’ve been saying, that is not a strategy. Biden is at home on the debate stage. Probably like a F1 driver with dementia sitting in an old car.  He has his fallback routines.  He had some pre-scripted lines.  He just didn’t have the energy to stick anything to Trump.  And you know why?  Because his debate prep SUCKED.  Biden was told by his handlers to constantly insult Trump, that that’s what his based demanded.  I know, I’m not his base but I know these people, and believe you me, they wanted blood, they wanted a Jimmy Kimmel “you drink bleach from your bunker, golfcourse, Vietnam deferments, tax returns, fella…”  You know the drill..and it screwed Biden up.  Not that he could’ve done more…But he could’ve done different. Capiche?

First, a lot of people complained about Wallace, and I only got the urge to yell at him once…”ok we get it, two minutes, shut up!”  He was fine.  He asked some fucking daggers against Biden. I think he may have asked some Trump daggers but really the daggers he asked Biden were brutal.  Nothing Trump…nay, anyone, could match Wallace’s on the spot, extemporaneous question about “if you are the embodiment of the democrat party, they why ain’t you not called Portland, mister?”  Whoa…Biden had NOTHING.  Sure, Wallace may have been a bit bitchy at time but Trump, from time to time, spoke just a tad more than he should’ve…but whatever, both sides came to rumble.  Biden wanted blood. He just was knife fighting with a twinkie.

Second, Trump was fine.  What did you expect?  His job wasn’t’ to fight Biden it was to sell Trump 2020.  He let Biden get off a few sad, pathetic insults, but he never let actual policy jabs go unanswered.  And here’s the thing, when Trump wanted to parry Biden on a personal insult, It Was Brutal.

Biden…well, he didn’t shit himself, and he said everything he wanted to say.  Such as it was.  It wasn’t very policy heavy, it was DNC donor chow.  They should get a refund though because nothing stuck.  It just didn’t feel like it should calling the President a clown, a liar, a racist, a whatever.  It just didn’t.

The biggest loss of the debate though, if I’m being honest, for the left, is that now Biden has this in his blood…he wants more.  He thinks he’s ready for 2 more debates.  No more basement hiding…he may even come out and campaign now.

The problem with Biden is his policy stuff.  I don’t know what Biden2020 stands for.  You know, the things…right?  But he said some whoppers.  You just had to pay attention. I don’t know how the Biden 2020 explains this mess.

First, the tax discussion. I get it, biden wanted to fling cheap poo at trump.  Fine.  But I’ll have to check the transcripts but did Biden say he’ll eliminate rich guy tax loop holes and the capital gains tax rate?  Whaaaaaaa?  That can’t be right.  The DNC is the party of the rich and no Wall St Hedgefund wife is going to let Biden take away the hubby’s bonus or special tax perks.  And then Biden said he’d raise the corporate tax rate.  That’s bad.  Trump pretty quickly said it was bad, and believe you me, it is bad.

Second, Biden seems to not know where to stand on the Green New Deal. As I understand it, he’s all for it but supports fracking. Now it’s the Biden Green Deal which just involves tearing down a million buildings and rebuilding them to be 5% more energy efficient.  Viola new jobs. Plus we’ll make them use teaspoons (old commie joke, look it up).

Third, you notice no one brought up gun control…spooky.

Fourth, Biden apparently doesn’t understand burn loot murder or what defund the police means. And Trump called him out on it. I mean, I called it but still, it was brutal.  Biden had NO response that made sense.

Fifth, Biden doesn’t know which son is alive, apparently.  Trump decided to fight back, smelling blood over Hunter, and I saw it…the Biden PushUp Challenge was forthcoming.  Biden was all like Beau is a HERO….and Trump’s like “Beau, who is talking about Beau, I don’t know Bo.” And Biden lost it.  His fight-boner went down. Very sad.

Seventh, Biden will shut you all down for Covid, which is kind of what I expected but I sort of expected it to be cleaner.  He already flip flopped on shutting America down.

Eight, Biden said Violence is never appropriate for the police..which is an odd statement. But again, he seemed to not have paid attention to what his advisors were telling him about the nice boys at BLM.  And his antifa is just a thing you imagine response was sad too.

Ninth, and this is how action packed the debate was…I forgot that Biden lamely said he couldn’t answer when it came to ending the filibuster or if he’d refuse to pack the court.

Tenth, and maybe this is just me..but I didn’t think of it as a policy blunder…but others do.  Is antifa just a dream, like clouds, man? Is that a blunder?  Well, yeah…as Biden blurted out “but the republican cities” as if Tulsa excused his Biden Rioters in Portland.  It’s the little things.

It just shows how Biden’s only getting a passing grade for not peeing his pants on stage.  Sad.

Ironically, while Biden came in with the sole goal of making Trump cry, Trump had the most brutal putdowns for Biden. The super-predator Joe bit was brutal.  I couldn’t believe that Biden walked into it.  Trump slammed Biden on Hunter. Trump slammed Biden over his law school grades.  While Biden tried hard to land Trump landed deadly blows. I guess my big Wallace complaint would be that he cut off some of these things. But Trump made sure to land hay makers. daggers.  soul crushers.

sure Biden tried the fine people hoax, but again, Biden was knife fighting with a twinkie. Trump’s super-predator Joe response was a war crime.

An abject lie from Joe Biden, spreading the #FinePeopleHoax.

In fact, aside from personal insults, Biden came loaded to bear on COVID 19 and Trump’s response.   Here’s what I think: That sucked.  Biden didn’t land a breeze on a touch of Trump’s hair.  I don’t know, to me, it sounds like lame coulda-woulda…especially since, you know, the whole not-panicking thing, and the whole china travel ban thing, and the whole, it doesn’t make a difference what we do thing, and the whole “I’m sick and fucking tired of COVID thing” mutes any potential argument.

My biggest Trump disappointment, he needed to condense more into his closing argument, including THREE NOBEL PEACE PRIZE NOMINATIONS for what he’s done. Oh well, next time.  Also, you know, Kylie Baxx and playboy playmates… 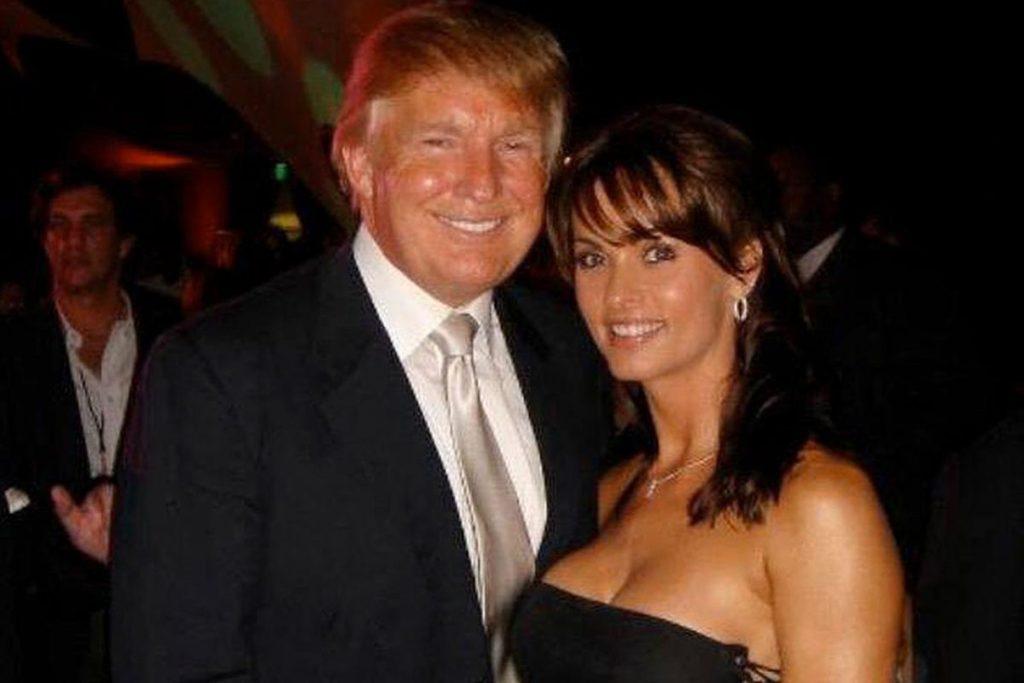